Skip to content
Posted inThoughts
Posted by By pamalogy July 5, 2021No Comments 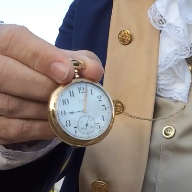 Would time pieces have been invented if our only perception was omnichronical?

How hard is it to imagine that it is not Perfection that is unreal, but imperfection instead? In the omnichronicity of Maximized Awesomeness, time would be an imperfection in and of itself if it were not for its servitude to the whole.

So I’ll stand by this belief: If all good possible moments are continually relived, as the notion of Maximized Awesomeness requires, then you are uploaded with the conditions of evil but those moments are your opportunities to be awesome. Circumstances have no moral weight because they have no freedom to choose to do good of themselves. The chooser is you, the one blessed with these many moments.

Update the circumstance with awesome choices. It’s what you’re here for.

pamalogy
A driver who has been thinking a lot - inventor, philosopher, founder of Pamalogy.
View All Posts

No comments yet. Why don’t you start the discussion?